GCC Biotech has improved reagents for RNA biology research. These reagents can be use in various analyses of RNA molecules. 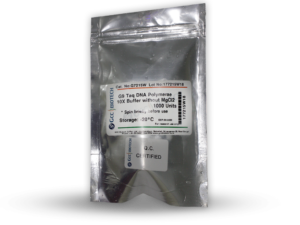 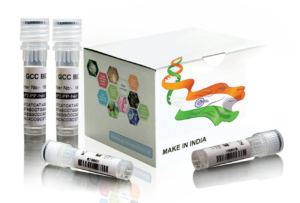 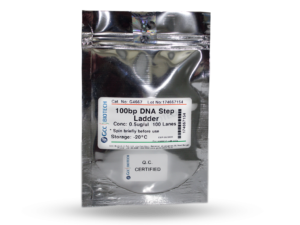 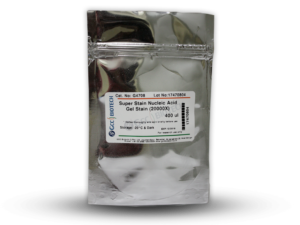 Effectiveness: stabilize RNA for one day at 37°C, one week at 25°C, one month at 4°C, or indefinitely at -20°C
Simplicity: a single reagent that immediately inactivates Rnases and stabilizes RNA within tissues or cells.
Convenience: no need to freeze samples in liquid nitrogen or rush samples back to the lab freezer.
Mobility: perfect for tissue collection "in the field".
Versatility: compatible with many RNA isolation procedures, including most RNA isolation kits

RNA Later stabilizing solution is an aqueous, nontoxic tissue storage reagent that rapidly permeates tissues to stabilize and protect cellular RNA. This solution minimizes the need to immediately process tissue samples or to freeze samples in liquid nitrogen for later processing. Tissue pieces can be harvested and submerged in RNA Later solution for storage without jeopardizing the quality or quantity of RNA obtained after subsequent RNA isolation. RNA Later preserves RNA in tissues for up to 1 day at 37 °C, 1 week at 25°C, 1 month at 4°C and for long term at -20°C. RNA Later solution has been tested on a variety of mammalian tissues, plants, Bacteria, Zebra fish and Drosophila. It has been successfully used with all of our GCC Biotech RNA isolation kits including any other commercial RNA isolation kits and standard RNA isolation protocols are also compatible with this RNA Later solution.

Simply easy to use

Simply cut tissue samples to be stored and submerge in 5 volumes of RNA Later. Small organs, such as rat kidney, liver or spleen can be stored in whole in RNA Later. When ready to isolate the RNA, remove the tissue from RNA Later and process as though just harvested. For cell storage, re-suspend pelleted cells in small volumes of RNA Later. Before preparing RNA, pellet cells and discard supernatant.